Can’t get you outta my head 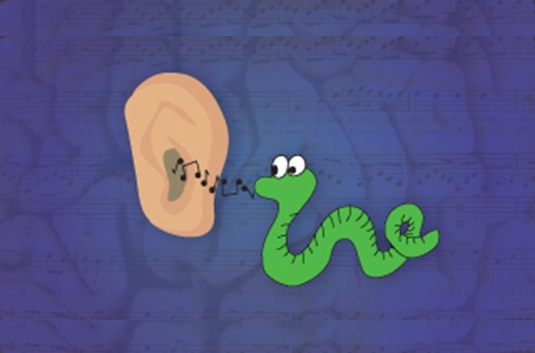 Can’t get you outta my head

Earworms!  We’ve all had them, that song that just won’t leave you alone, which keeps you awake at night going round and round the same short refrain, driving you bananas.

Maybe it’s something you heard on the radio, or perhaps it was triggered by a conversation, or sometimes it’s even a snatch of the Alto 1 part of a song you’re learning at choir.  Whatever it is, it can be very irritating, and many suggestions have been made as to how to get rid of the pesky aural parasites, ranging from singing the entire song from beginning to end, to contacting the 6Radio Breakfast Show in attempt to dump it there.

But did you know there are theories which suggest there might be a biological reason for earworms?  This study hypothesises that earworms serve a regulatory function that helps to keep us awake in situations where sleeping might be dangerous (people have been known to avoid unconsciousness by repeating phrases from songs over and over again).  Of course, when it’s actually keeping you from normal sleep we might conclude that this has malfunctioned somewhat!

So next time the chorus of All About That Bass, or the first few bars of Bill Bailey, are floating round your brain in the middle of the night, remember it’s all down to biology, and singing is genetically designed to make you feel good!