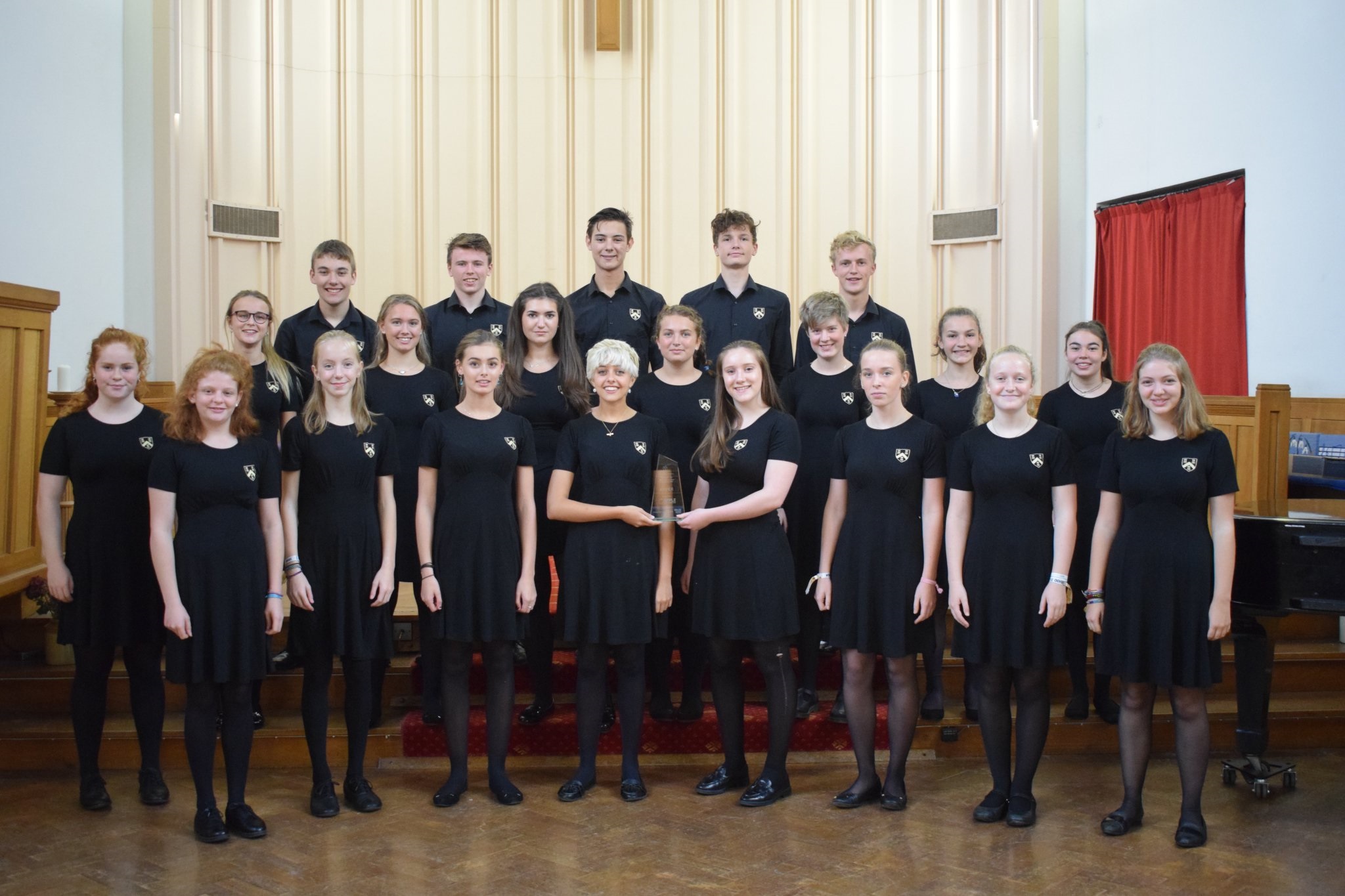 On 4th October, the finalists from the Devon Schools Choir Competition, run by La La Choirs, took centre stage at Southernhay URC and competed for a chance to perform in Exeter Cathedral at the annual sell out concert, CLIC for Christmas. Three choirs had been shortlisted and the choirs at the final sang two songs each. Yet again, the standard was incredibly high, giving the judging panel a really hard time deciding between them.

Congratulations go to Mount Kelly from Tavistock, led by Julian Jensen, Director of Music, who just edged it on the day and were named the winners. The runners up who came a very close second were last year’s winners Kingsley School from Bideford. The trophy was presented by Steve Screech, General Manager of Apple Taxis Exeter, who are headline sponsors of the event.

Sam Abrahams from La La Choirs, who are hosting the concert and ran the competition, said: “This is the fourth year of running the Schools Choir Competition and each year I am amazed by the very high standard of the entries. It is fantastic to see school choirs are still thriving and long may it continue! I am really excited to see what our winners, Mount Kelly, come up with for our concert in the Cathedral – I know that they put a lot of work in to reaching the final and I’m sure they will be rehearsing hard now for the performance itself. The Cathedral is such an amazing venue and the charity is very special to us so I’m sure it will be an experience to remember for them for years to come.”
Mount Kelly will now perform in Exeter’s historic Cathedral on Friday 14th December 2018 as part of the CLIC for Christmas concert to raise funds for CLIC Sargent. Tickets for the concert will be onsale shortly through the La La Choirs website at www.lalachoirs.co.uk and are £12 for adults or £6 for under 16s. The concert has been completely sold out for the last three years and tickets will sell fast, so don’t miss your opportunity to get yours!

Alongside La La Choirs and Mount Kelly, will also be a group of performers known as the CLIC Sargent Singers.

This group of talented young musicians and singers met at CLIC Sargent’s summer music workshop. The charity’s Music Programme for 16-24yr olds is part-funded by Youth Music and supports budding young singers and musicians with, or recovering from cancer. Projects designed to raise confidence and self-esteem include concert and festival trips; workshops; 1:1 tuition; studio recording and performance experiences.