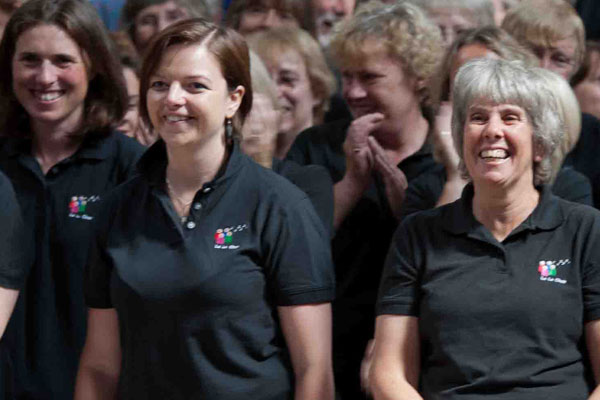 Happy New Year everyone and welcome to 2016 with La La.

If you haven’t been a choir before just the word choir can be daunting. It conjures up all sorts of images. Choir boys in red cassocks and white surplices, hymns, classical choral pieces, strict conductors tapping their baton on the music stand. We you will find none of that at La La.Sam runs every La La choir and she is a firm believer in singing being fun. She believes everyone should find somewhere to sing and everyone can sing. Obviously we hope you will be happy singing with us. The physiological and psychological benefits are amazing and if you don’t believe us then let us prove it to you.

There have been countless scientific studies on the benefits of singing along with specifically singing in a group (choir). Below are some links to the full study but we have highlighted some of the key facts for you.

‘The scientific evidence is overwhelming: doing this will, apparently, promote my general health, happiness and well-being while simultaneously being the best way known to researchers to meet and bond with new people.’

‘It’s also an aerobic activity, meaning it gets more oxygen into the blood for better circulation, which tends to promote a good mood. And singing necessitates deep breathing, another anxiety reducer’

‘singing is like an infusion of the perfect tranquilizer, the kind that both soothes your nerves and elevates your spirits.’

And for those of you who think you can’t sing…

‘Singing accurately is a skill that can be taught and developed. And that means that even the worst singers among us should just keep singing.’

La La starts again on 4th January 2016. You can sing at any of the four venues.

The venues and times can be found on the About Us pages for each choir. The first session is a Free Taster so you can decide if La La is the choir for you before committing. Whatever the case though, find somewhere to sing!